Sushmita Sen lives it up at Halloween party in Dubai

Halloween is a time for great celebrations in the western countries where people throw parties and dress up in interesting costumes and make-up.

Over the past few days, we have seen several Hollywood celebrities dressing up in interesting outfits and make-up for Halloween parties. Several pictures of our Bollywood celebrities in Halloween costumes have also been seen over the years, but the festival is yet to catch on in the country.

Sushmita Sen was also part of a Halloween party in Dubai and she shared on Instagram several interesting pictures from the night. The actress is dressed in a little black dress and didn’t try out something fancy, but she is seen surrounded by people dressed in Halloween costumes. Sushmita also celebrates her birthday in this month, on November 19, and she is too happy to start the month on an enjoyable note, she mentioned in her captions.

She also shared a selfie with the make-up artist who was putting on the right make-up touches on people.

Reason why Victoria Secret Fashion show has been cancelled 2019! 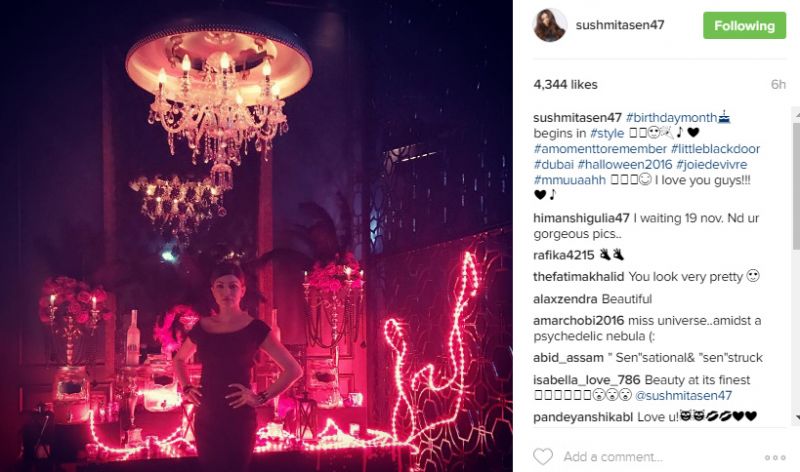 On the professional front, Sushmita has not featured in any Hindi film recently and we would surely like to see her soon on the big screen.