By News Desk
In CelebritesMovies
on January 28, 20163 min read

It was an eerily emotional Republic Day morning for Sonam Kapoor when she visited the Bombay Scottish School.

This was the school attended by Neerja Bhanot, the heroic air hostess, who perished while saving the lives of hundreds of hijacked passengers on board at Panam flight on 5 September 1986.

Says director Ram Madhavani, who accompanied her, “It was essentially a visit to familiarize the younger students of the school who may or may not be familiar with what Neerja had done. Her achievement was not just to try to save those lives but also to conquer that fear which we cannot even imagine when placed in a crisis situation of the proportion that Neerja faced. It is a story where fear is conquered by courage.”

Sonam, wearing a Khadi saree, reached the venue at 7:40 am sharp for the flag-hoisting ceremony and interaction with the students.

“It was eerie and moving because all those imperishable patriotic songs that we grew up with were playing. Neera’s spirit was very much alive while Sonam spoke about her courage to the students of the school that Neerja once attended,” says the film’s director.

Ebuzztoday celebrity news & trends roundup: This week was lit and here is why! 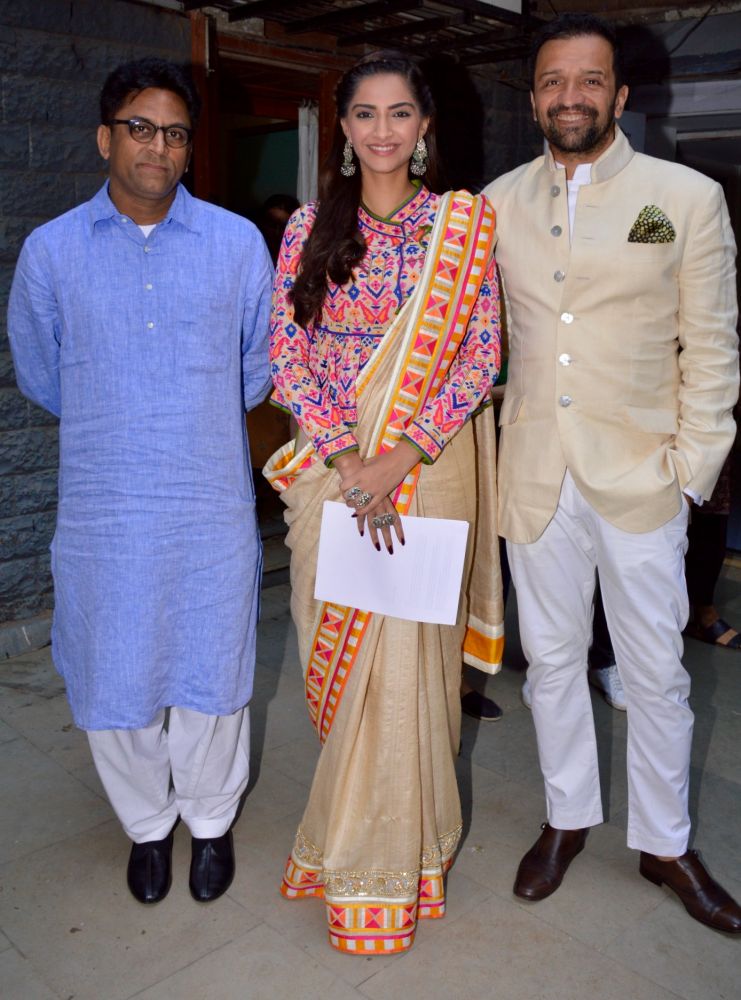 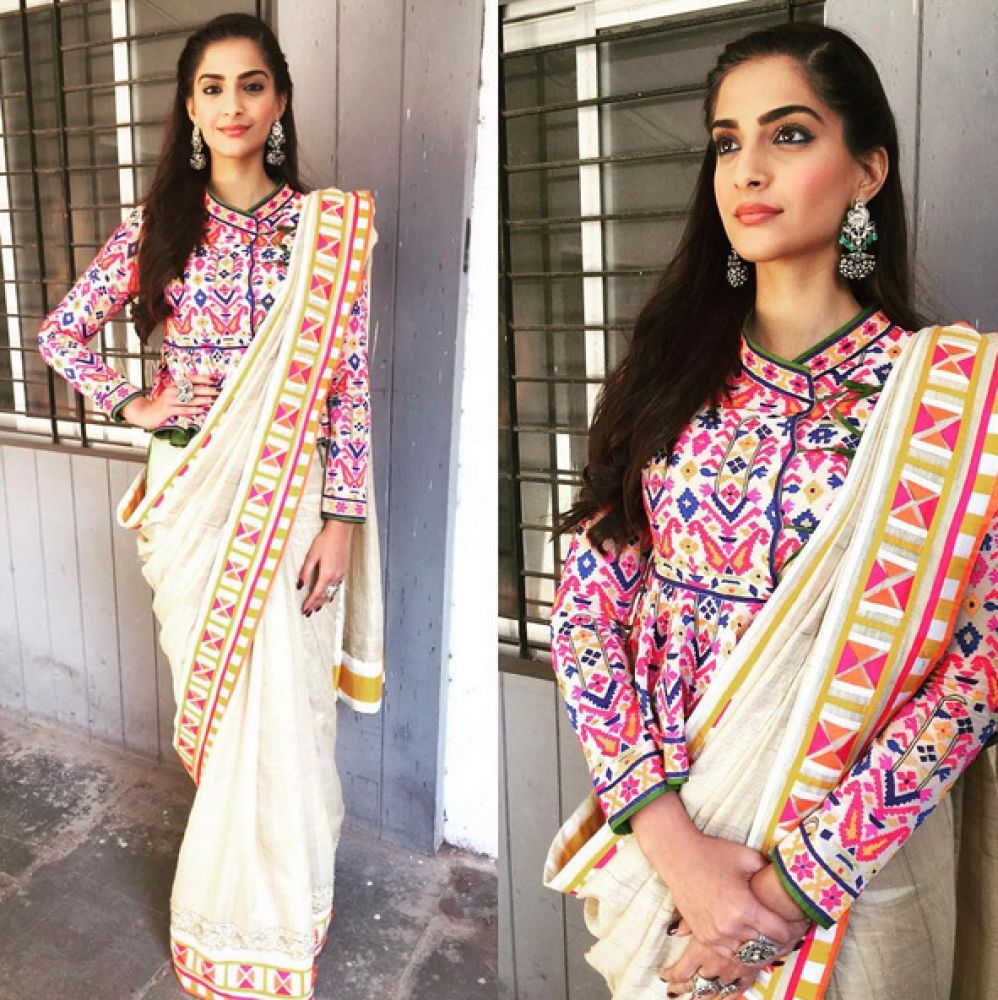 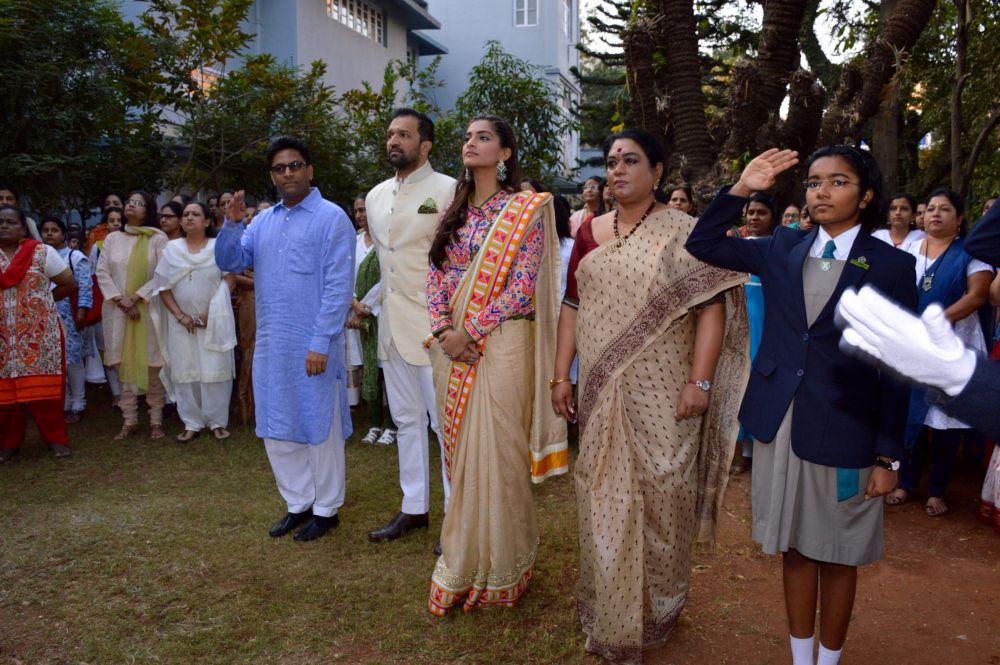 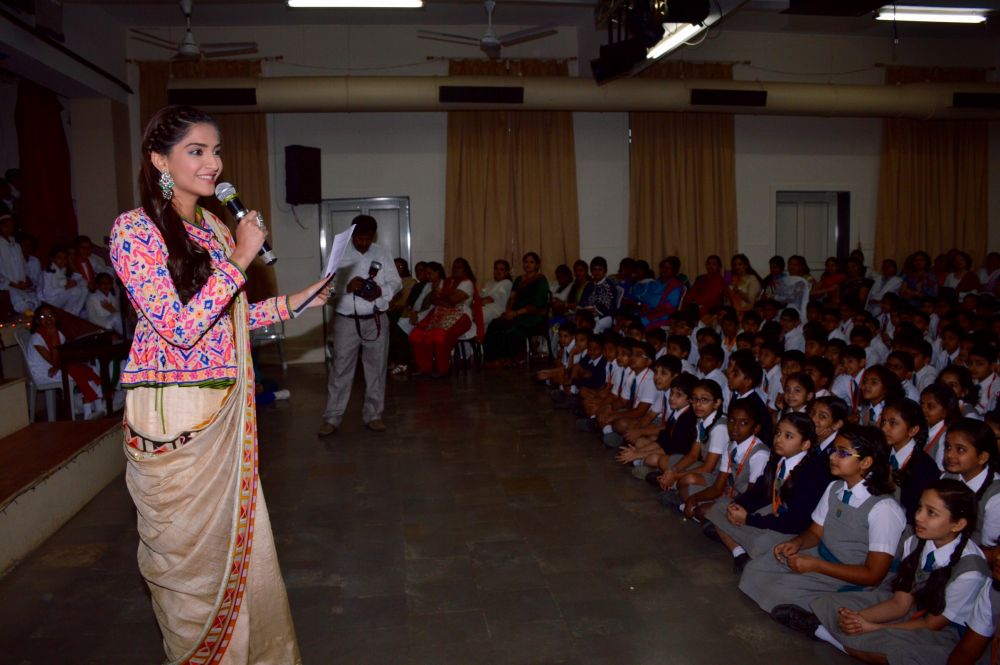 Sonam Kapoor delivering a speech at the school. 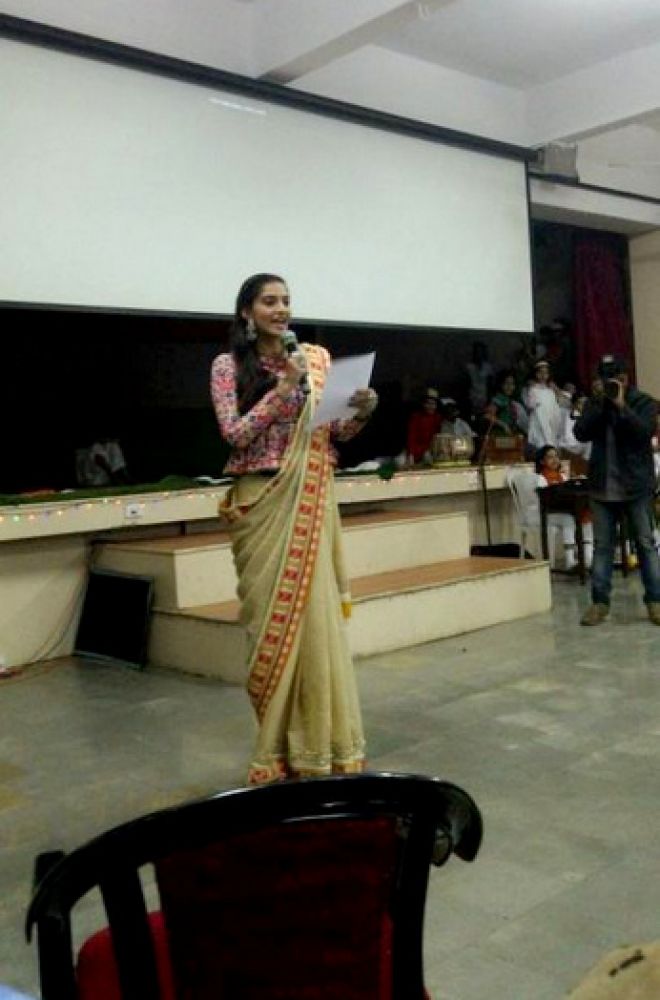 Start typing to see results or hit ESC to close
See all results
Go to Appearance > Customize > Subscribe Pop-up to set this up.