Leave everything and check out this picture of Salman Khan in a langot!

The fact that Salman Khan is going to play the role of a wrestler in ‘Sultan’ is known to all. Over the course of time, several on-location pictures have surfaced on the internet but this one will make your jaw drop.

We got our hands on a picture which has Salman wearing just a langot, in the same fashion that most pehelwans wear in North India. While we have seen him going shirtless on several occasions, this one takes it to a new level altogether.

The film is packed with action and heavy knockout wrestling moves, and the actor has been training extensively in mixed martial arts and wrestling.

Best dialogues of MPTH: Here are some heart touching lines that were executed just perfectly! 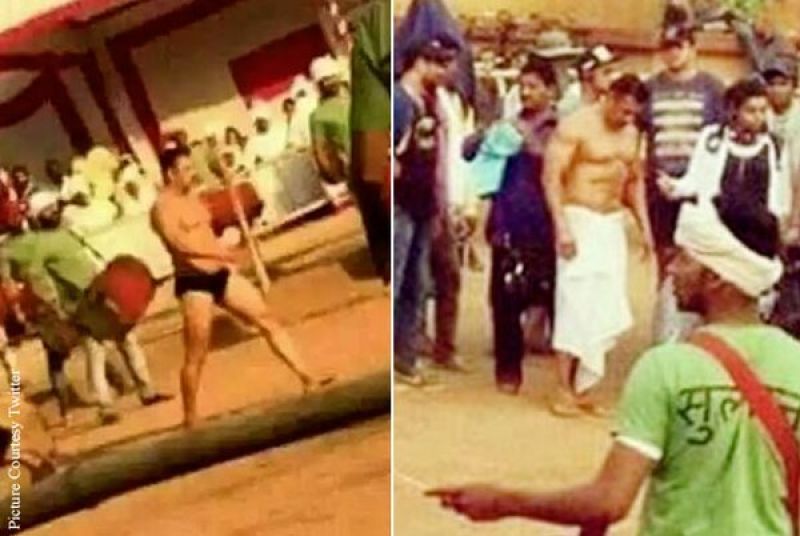 Salman Khan snapped on the sets of ‘Sultan’.

According to reports, the makers will re-enact several tournaments namely the 2010 Asian Games in China, 2010 Commonwealth Games in Delhi, 2012 Olympics in London and 2013 Wrestling World Championships in Hungary to name a few.

The film also starring Anushka Sharma will clash with Shah Rukh Khan’s ‘Raees’ at the box office and the makers are leaving no stone unturned to make sure the final product turns out to be impressive. Directed by Ali Abbas Zafar, ‘Sultan’ is one of the most highly awaited films of 2016.