Cricketer Shane Warne to Make his Debut in Bollywood Films?

The spin king of cricket, Shane Warne, will be trying his luck in Bollywood soon. The cricketer showed interest to appear in Hindi flicks after the cricket season gets over later this year. 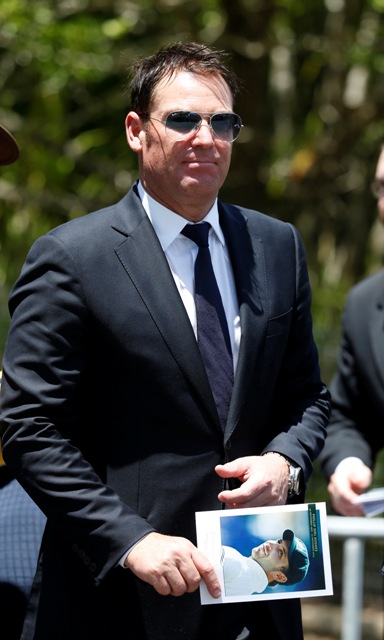 Shane Warne to appear in BollywoodReuters

“There is an offer. There is someone who has something for me,” Filmibeat quoted Warne as saying, while he was attending a Tourism Victoria event.

Earlier also Warne has been asked several times regarding his entry in Bollywood, but he has never given any final word.

Recently, the former cricketer was honoured as the monarch of famous Moomba festival, an annual event of Melbourne, along with the Melbourne-raised Bollywood star Pallavi Sharda.

It seems foreign cricketers are making it a trend to appear in Bollywood flicks soon. Another Australian cricketer Brett Lee has already grabbed eyeballs when he started shooting for a $4.5 million Indian film named as “UNINDIAN.” The film, which is directed by Anupam Sharma, is shot in Sydney and also features Tannishtha Chatterjee in a pivotal role.

Apart from the cricketers, Hindi cinema has given many films based on this sport including “Lagaan”, “Iqbal” and “Dil Bole Hadippa”.

Meanwhile, India is all geared to cheer the team, especially on 15 February, which is India vs Pakistan. With the India-Pak match at ICC Cricket World Cup 2015 scheduled to start, Sunday morning witnessed huge crowd at Adelaide Oval, Australia.

However, India side has a terrific record of winning against Pakistan all five times since 1992 with the latest one coming in the semi-finals of the 2011 World Cup

Nadia Jamil is diagnosed with breast cancer: She announced it on her social media platform!