Anu Aggarwal, the ’90s heartthrob who is best known for her role in  Aashiqui opposite Rahul Roy, was one of the rare actors to quit the industry during her peak.  Her life after her stint with the glamour industry, makes for quite an intriguing story, though!

Be it a near-death experience, or explorations to find the meaning of life, Anu has experienced it all. After shunning the limelight for almost two decades, she’s back with an intriguing autobiography about her journey — Anusual: Memoirs of a girl who came back from the dead. She speaks about how she overcame the odds, and how she’s a completely transformed person now.

In 1999, a horrific car accident turned her life upside down after she was left in a coma for 29 days. After recovering miraculously, she’s donned many hats  — that of a yoga teacher, social activist, and motivational speaker to name a few!
“My life is wilder than a Hollywood or Bollywood blockbuster!” says the former model.

Shifting focus towards the book, Anu says, “This is not a story glorifying a star, but is an honest confession by a normal human. This is a fascinating story of a woman’s self-discovery told  straight from the heart, including details of the men in her life — from millionaire jet-setters to yogis.”

The book will be launched by her close friend and director Mani Ratnam, who had also directed Anu in a Tamil movie, Thiruda Thiruda, back in the ’90s. 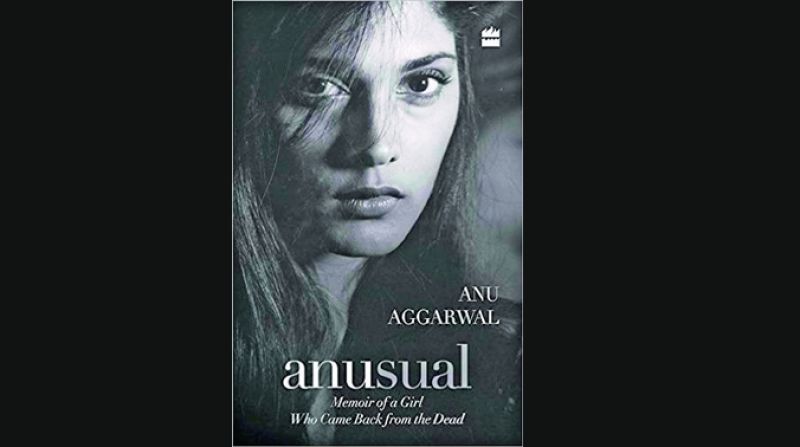 The book will be launched by her close friend and director Mani Ratnam, who had also directed Anu in a Tamil movie, Thiruda Thiruda, back in the ’90s

When queried about what made her quit films, she says that it was initially planned to be a short break. “At that point of time, it was too difficult for me as a single person to manage multiple things. Apart from that, I had a bad breakup and I thought that going away from all the glitz and glamour would bring peace.

Though many people advised against it, I stuck with my decision,” she says.
Further elaborating on this, she adds, “I travelled to many places and it was also the time when I started questioning myself regarding what I really wanted in life.”
When asked if she would ever come back to the film industry again, Anu says that she might.

“To be honest, I don’t know. I’m leading a very peaceful life now, but if something interesting comes by then why not? I might not necessarily be back as an actor, it could even be associated with the industry as a director.”

On a lighter note, when queried about whom she would like to date among the young actors currently, she says, “It’s difficult to pick one person as I find all of them hot. There’s something special about every actor today. Apart from this, they have progressive thinking too!”